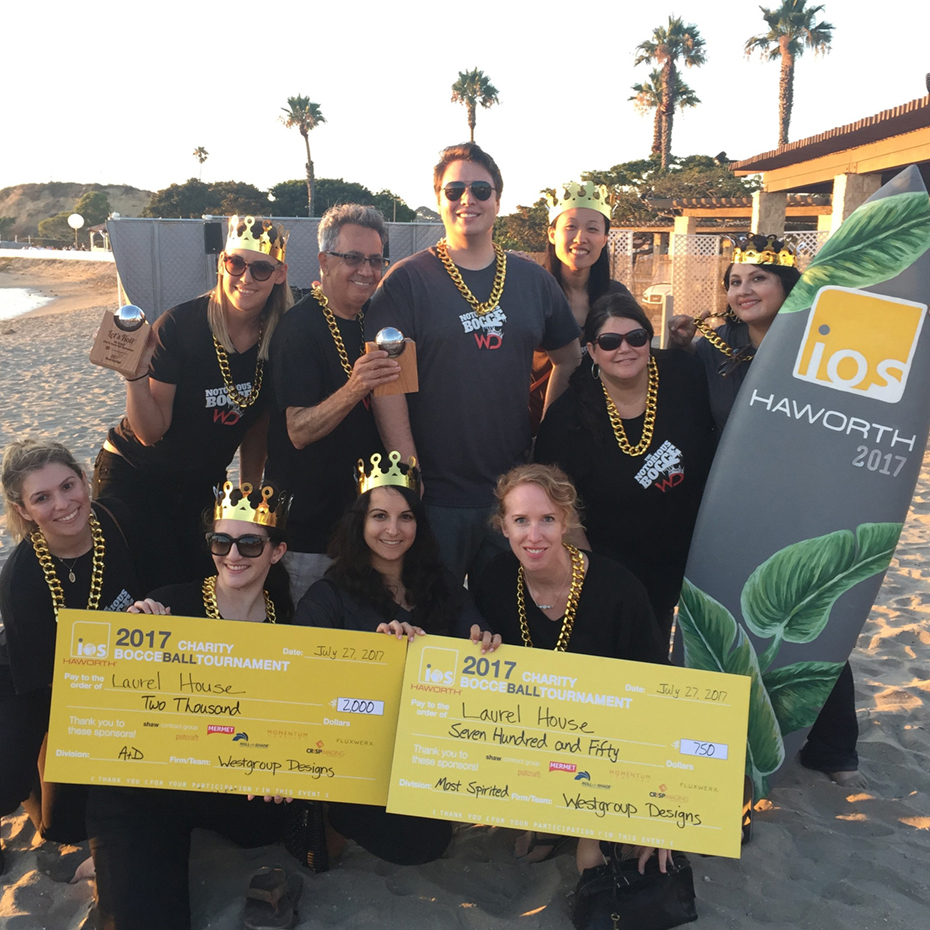 We love it when you call us Big B.O.C.C.E

Westgroup Designs came out strong with bocce ball and rap skills at the 8th Annual Bocce Ball Tournament! Winning Best A+D Division Team and Most Spirited, we raised $2,750 for one of our favorite charities, Laura’s House.

WD’s Bocce Ball team name, The Notorious B.O.C.C.E., pays tribute to The Notorious B.I.G. who is ranked one of the top 10 greatest rappers of all time by Billboard Magazine. Gold crowns & chains, spirited shirts, Bocce skills, and a custom rap led WD to victory for both the Most spirited team and first place in the A+D Division!

We are so grateful for IOS and Haworth for putting on such a great event that creates an opportunity to raise money for Laura’s House, an important charity in Orange County.

Laura’s House is a domestic violence safe refuge, providing over 4,000 abused women and children with shelter, as well as supportive services for 50,000 people such as counseling, life skills education and legal assistance. To learn more, click here.