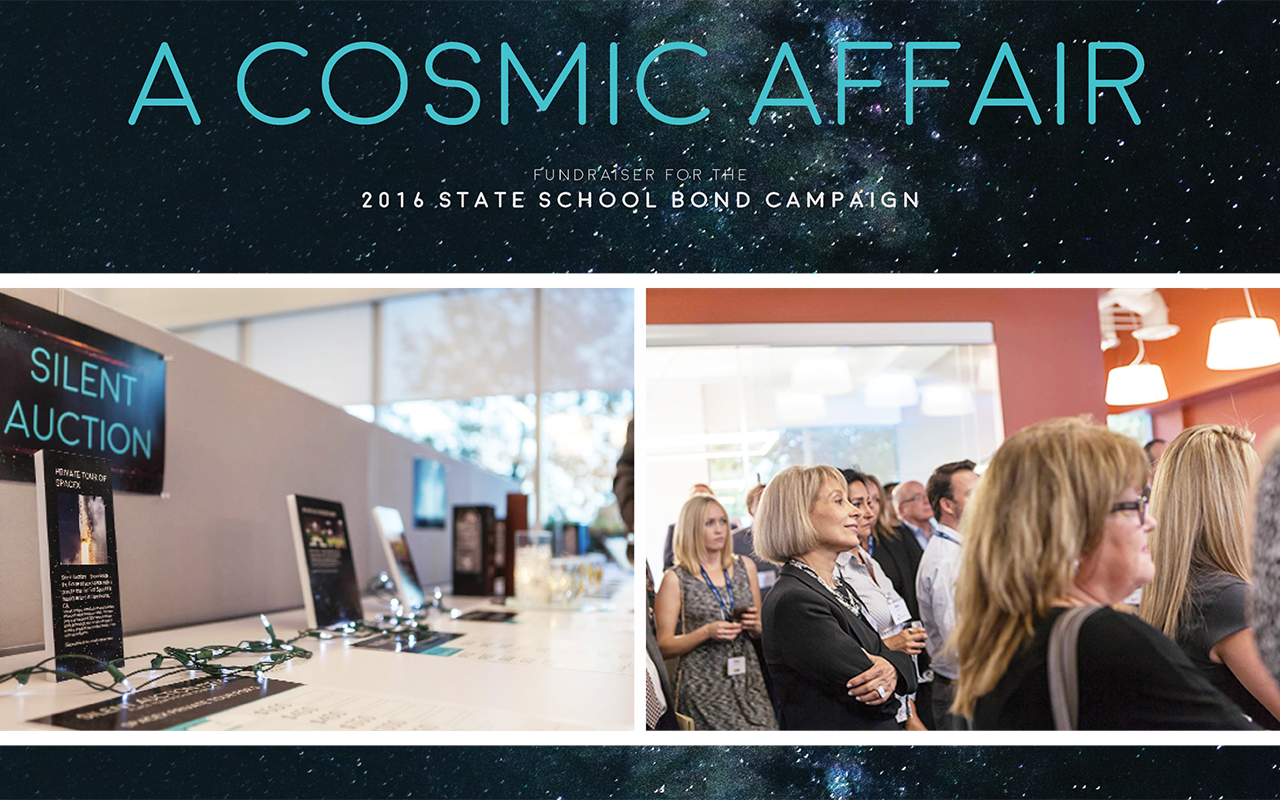 “A Cosmic Affair” launched curiosity and reached new heights as the event brought in the third-largest sum raised from fundraising events for CASH’s Proposition 51 campaign. Westgroup Designs, Koury Engineering and Bernards hosted the extraterrestrial event of the light-year attracting over 150 attendees and raising over $50,000.

Westgroup Designs’ office took a galactic twist to raise money for the 2016 State School Bond Campaign. The $9 billion state school bond will fund new construction and modernizations for K-14 schools and provide matching funds for local bonds. 21st century learning environments require 21st century facilities, and the event had an outer space theme to inspire and launch curiosity for the future of learning.

Featuring high-tech, hands-on learning and STEAM ideas, “A Cosmic Affair” was the perfect event to raise funds for 21st century facilities. Virtual reality was on display, from VR headsets to holographic walls, as well as collaborative furniture and AR devices for classrooms. With Live and Silent Auctions that had prizes such as tours of SpaceX, raffles for drones, and games that could win you tickets to Tomorrowland at Disney, there were plenty of outerspace opportunities to have fun donating!

Bringing in over 150 attendees, the starry night was successful. More than $50,000 was raised, making “A Cosmic Affair” the third-largest grossing fundraiser event for Coalition for Adequate Student Housing’s Proposition 51 Campaign.