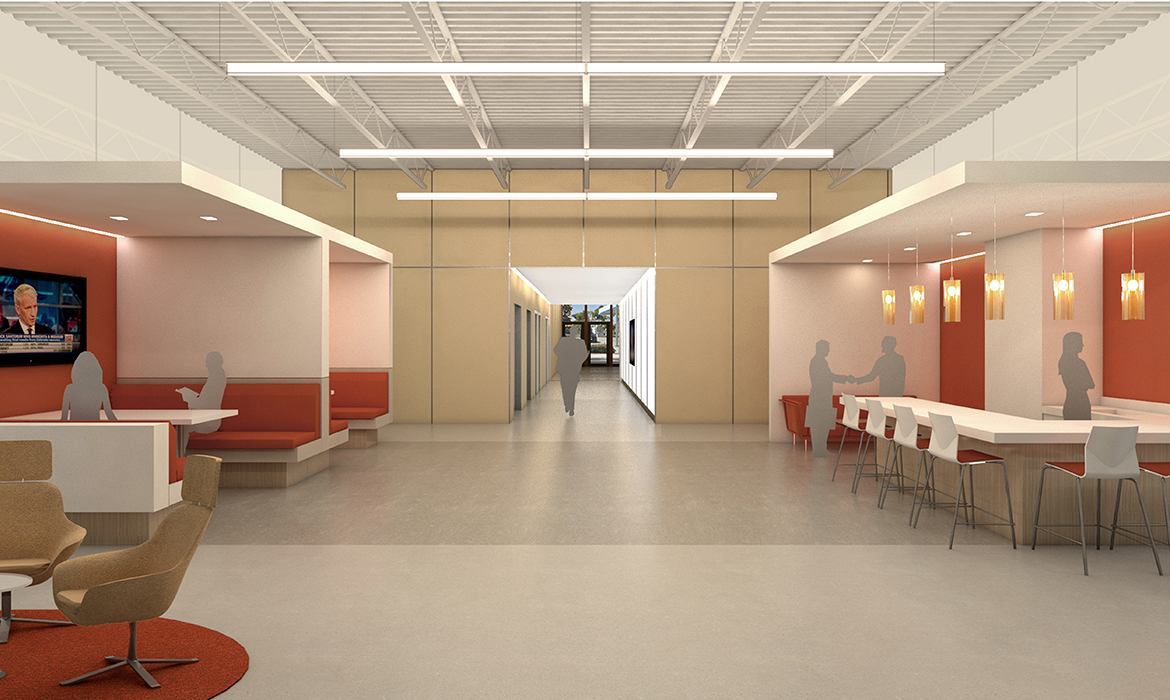 The 3 R’s of Transforming Aging Properties for Tomorrow

In order to unlock hidden value in aging buildings and to avoid functional obsolescence, it is imperative to consider a different set of R’s to accommodate the needs of 21st century companies: Refresh, Re-Image and Redevelop.

For many, the mention of the “Three R’s” will conjure up an association with “Reading, Writing and ‘Rithmetic”. Teaching standards have evolved considerably from the last century due to the influence of technology but also from an understanding that subject learning in isolation is insufficient. In today’s global economy, critical thinking and collaboration are vital to success in virtually every field.

A similar fundamental shift is occurring in how buildings are evolving to accommodate the needs of 21st century companies and their largest expense, the employees. The workplace in the era of Mad Men’s Don Draper was over 500sf per employee. Today, the standard is 60% less. Yesterday’s workplace was walled-off, rigid, single-use spaces tethered to equipment and files. Today’s workplace is open, flexible, multi-functional spaces that can pivot and adjust to the demands of both individuals and teams. Yesterday’s workplace showed little concern for environmental health and utilized energy-intensive building systems. Today’s workplace is conscious of the impact of off-gassing in carpets and paints and recognizes the effects natural daylighting can have on energy use, employee wellness and company productivity.

In order to unlock hidden value in aging buildings and to avoid functional obsolescence, it is imperative to consider a different set of R’s: Refresh, Re-Image and Redevelop.

Many older properties can be dramatically improved by simple changes to existing finishes. Depending on the scope of work and choice of materials, such “refreshes” may well be considered base building repairs rather than capital improvements or alterations. Primary benefits:

An example of such an approach was a WD project for a utility company. WD was enlisted to refresh an existing mid-century building at a multi-building regional service facility. Our approach was to incorporate elements from the company’s branding (color, typography, logo) to create a refreshed look for the dated architecture that improved the company’s visibility to the community.

While some properties can take advantage of a simple “Refresh”, the majority of older properties require a greater level of consideration to “Re-Image”. Buildings constructed prior to 1990’s American Disabilities Act should be evaluated for deficiencies and establish appropriate measures needed to achieve compliance. Property owners should be aware that accessibility requirements extend beyond common components of the building (e.g. restrooms) and includes elements such as signage graphics and pedestrian site circulation.

For projects in California, another critical consideration is Title-24 and CalGreen standards. Thresholds exist for additions and alterations in both square footage and construction permit valuation that can trigger compliance requirements with current energy code standards. One small example: altering as little as 10% of existing luminaires triggers the need for dimming controls and occupancy sensors.

WD was recently involved with Re-Imaging a circa 1970, 4-story office building by noted California architect Craig Ellwood. Iconic in outward appearance, the building is sub-par by today’s Class-A workplace standards with 14,000sf floorplates, 8’-9” ceilings, ADA non-compliant restrooms and a 120’ long corridor as the main lobby.

Buildings that can literally no longer support their original purpose are candidates for Redevelopment. Properties may have fallen into disrepair from deferred maintenance or are sitting vacant or underutilized because of economic conditions. Asset components and systems must be evaluated to establish re-use or alteration potential, with careful consideration given to environmental mitigation that may be necessary. Redevelopment of former industrial properties into mixed-use occupancies generally requires close coordination with community zoning and traffic constraints. Successfully executed, Redevelopment of obsolete properties can create immense value and significantly improve the communities around them.

At Westgroup Designs, we apply the fundamentals of the 3 R’s every day to help clients maximize the performance and value of their existing properties.