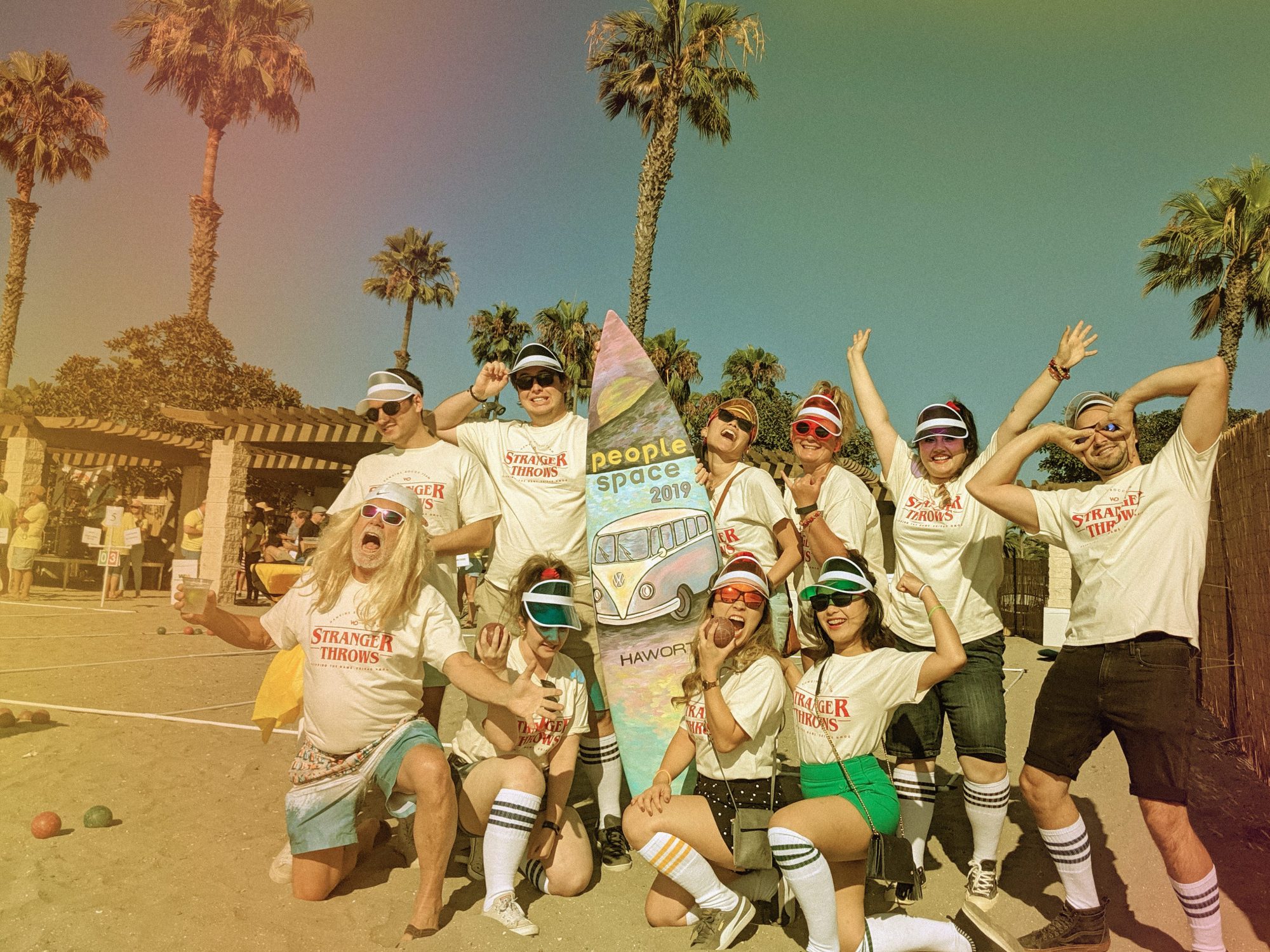 Westgroup Designs had a totally rad time invoking 80’s summer vibes for the Annual Bocce Ball Charity Tournament at the Back Bay in Newport Beach on the afternoon of Thursday August 8th. Our team, Stranger Throws, was inspired by Netflix’s hit show, Stranger Things. Stranger Things' third season tagline is "One Summer Can Change Everything". Although the TV series is referring to a seemingly unbeatable sci-fi monster, we were inspired by the tagline to help make a positive difference for our community! The awesome Bocce Ball event was hosted by People Space and Haworth for the 10th year in a row, bringing together competing teams from architecture/design, construction and real estate companies in Orange County with manufacturer’s sponsorships, to raise over $10,000 for local charities.

One summer can truly change everything!